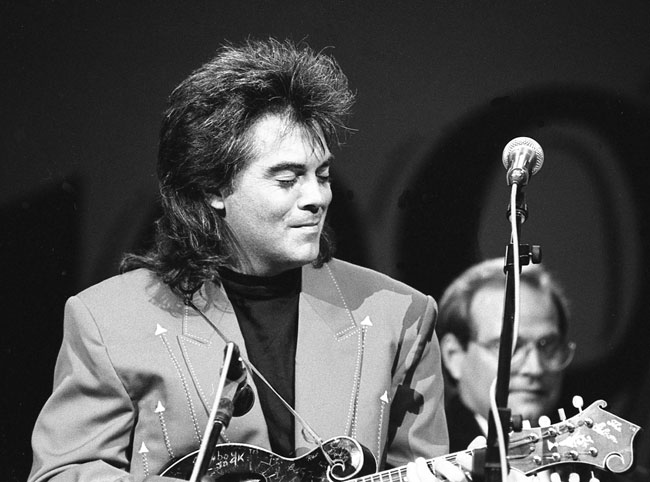 Bluegrass Nights at the Ryman

Besides being one of the world’s best places to listen to music, musicians who live in the Nashville area find that it’s one of the most wonderful places to play as well. The Bluegrass Nights at the Ryman series has historically allowed celebrities like Ricky Skaggs, Marty Stuart and many more, to design performances featuring locally-based artists who rarely get to perform together. Since many professional musicians spend the bulk of their working lives traveling the road, it is great fun for them to have a “home gig” and make music with their peers.

Traditionally, regional musicians have celebrated being home by jamming “for fun” with colleagues. Countless numbers of fine musicians turn these jam sessions into world-class performances. Old friends find great enjoyment in renewing relationships and growing their network, and Bluegrass Nights at the Ryman has given them the perfect opportunity to bond since its inception.

In one such performance, Marty Stuart presented an evening of all-star Bluegrass artists at the Ryman on June 21, 1994.  The show highlighted the unique music community in Nashville. Year after year of playing together with friends-close-as-family makes for wonderful nights like this with each musician stretching out with their own unique contribution.  Music Grows. 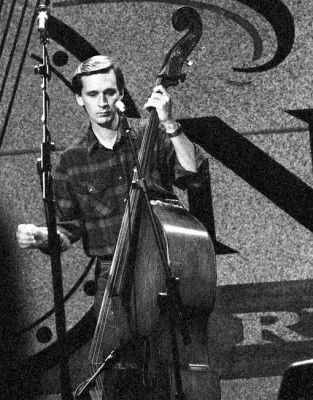 Featured frequently on the Ryman series, Roy Huskey as one of the most sought-after musicians in Nashville.

The son of famed Opry bass player “Junior” Huskey, Roy (pictured left) had music around him all his life. His talent was in a class all its own.He worked Music Row, the Grand Ole Opry and on the road with dozens of top entertainers. He once told me that musical notes made him see colors in his mind. Wow!

Roy died young like his father before him. But the music community does not easily forget the fine folks we’ve lost along the way and his name will remain sacred in the world of Bluegrass. 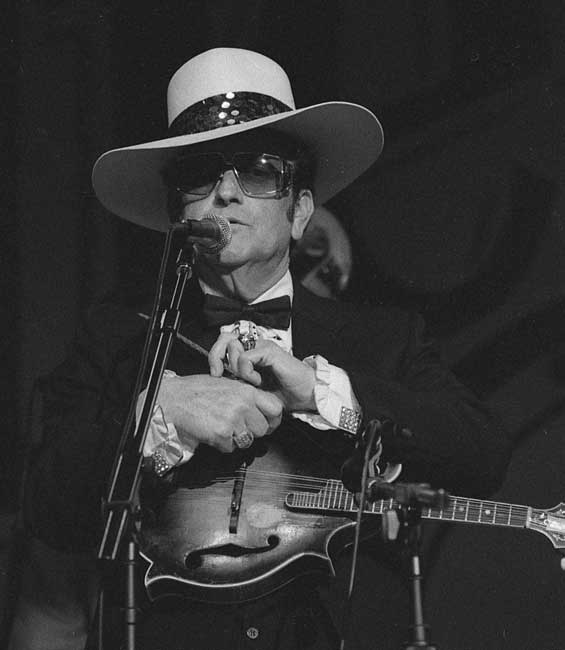 The Ryman Bluegrass Series enabled stars like Ricky Skaggs to design concerts featuring rare combinations of artists.  This concert shown here was one of the few occasions when Bill Monroe and Earl Scruggs performed together.  This trio featured Bill lending his signature tenor voice to harmonize with Ricky’s lead and Earl’s baritone.

If you don’t know the history, Monroe had hired Lester Flatt and Earl Scruggs to play in his band (1946-48) and it was just that combination of musicians and their instrumentation which gave Bluegrass its definition and identification as a independent musical genre.  Bill, Earl and Lester spent their performing careers promoting, publicizing, teaching and growing Bluegrass music.  Thousands of pickers and fans all over the world are devoted to playing and expanding the world of Bluegrass thanks to these men. 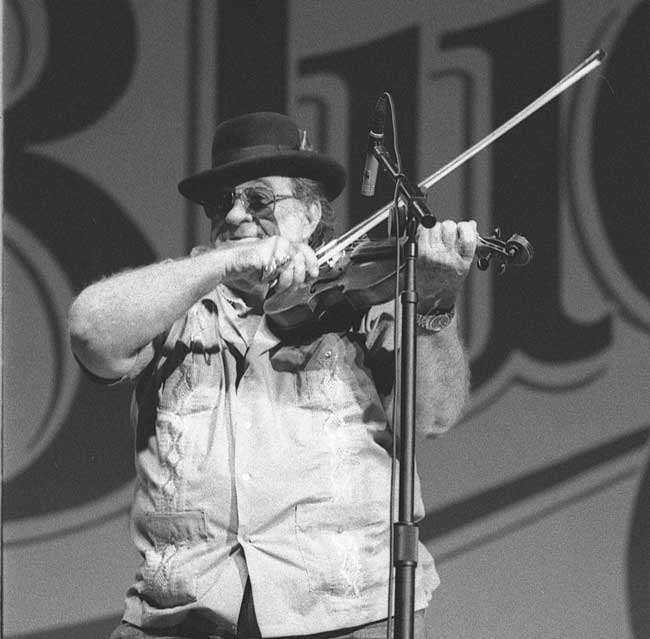 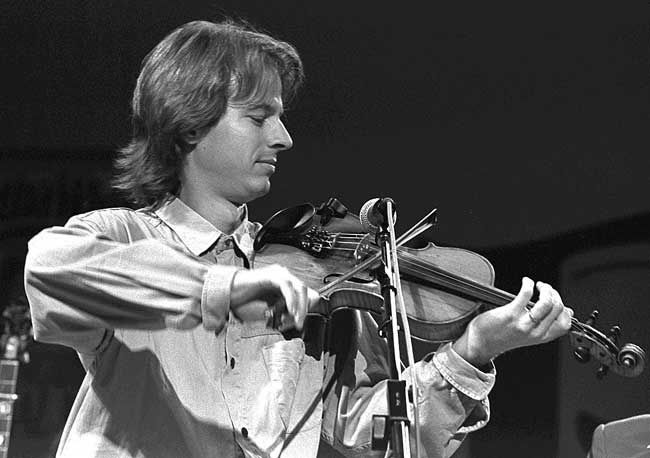 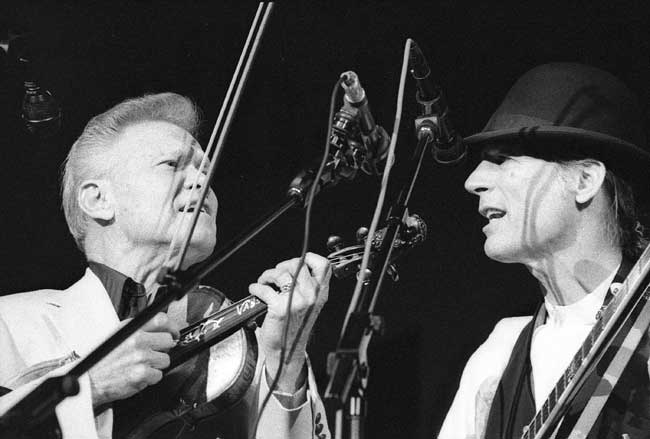 Vassar Clements and John Hartford, 1994. I love the shadow of Vassar’s fiddle bow on both faces.

The historic Ryman Auditorium still resounds with music — which is what John Hartford had in mind when he led the fight to save it. Performers and audiences have brought this great old venue back to life. The Ryman has come full circle.